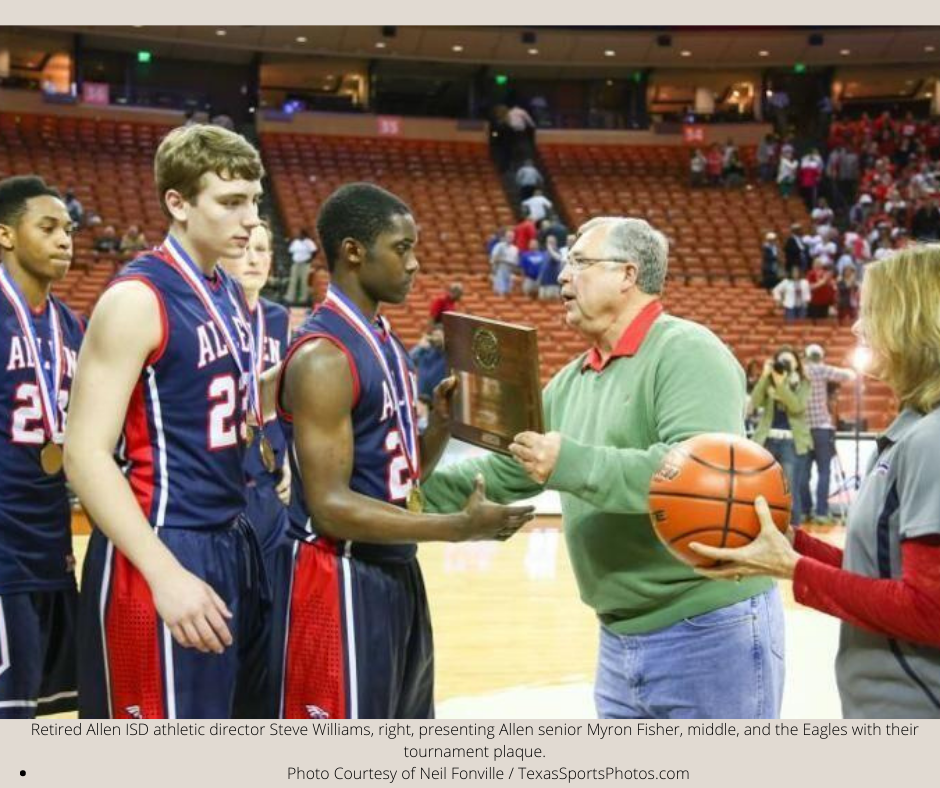 This announcement comes weeks following a crowdsource campaign by the district wherein residents had a chance to submit name suggestions via an anonymous online survey. Suggestions were pooled together from April 26 to May 10 and followed Allen ISD guidelines wherein the field’s namesake can be a living or deceased Allen resident or U.S. citizen who has made significant contributions to the district, the city or the country.

Williams announced his retirement in March after a 46-year career that included a 21-year stretch as Allen ISD’s athletic director. Prior to his appointment to this post in 2000, he served as a coach for the Allen Eagles’ basketball and baseball teams, a tenure that saw the athletic department earning recognitions and coveted team titles.

The retired athletic director’s achievements at Allen ISD got him inducted into the Texas High School Athletic Director Association’s 2020 Hall of Honor.

“This was an incredible opportunity to recognize an employee who has served our district for 46 years,” the district said in a Monday statement. “Between his time as a teacher, coach and working in the athletic department, his sphere of positive influence around our community and school district is immeasurable.”

Acting in Williams’ place as athletic director is Kim Garner, a former coach who worked under him for most of his stretch.

“Tonight we have a very special opportunity to recognize someone that has made a significant difference in the life of Allen ISD,” said Allen ISD Board of Trustees President Amy Gnadt in a Monday meeting. “We have carefully considered all nominations and have concluded on a name most suitable for the Field at Eagle Stadium.”

Trustees voted unanimously to name the field “Steve Williams Field at Eagle Stadium,” a motion that was made to enthusiastic applause from the gallery.

Officials anticipate that signage commemorating the name change will be revealed at a football game sometime in the 2021-22 academic year.