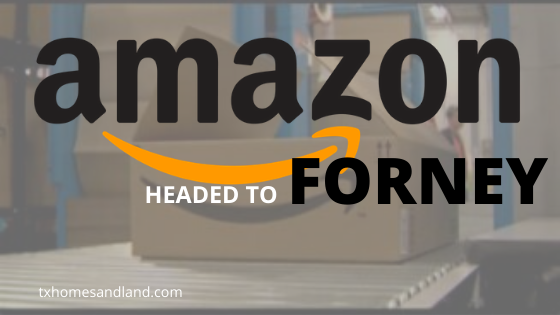 Seattle-based corporation Amazon sets its eyes back on Texas, beginning construction on a 200,000 square-foot distribution center in Forney.

The distribution center, which was under a strict non-disclosure, will open east of Gateway Boulevard and south of U.S. Highway 80. Dirt work is already underway at the site across from the new Goodyear distribution facility.

The facility is expected to be complete by late 2020.

The company hasn’t commented on the number of new jobs the facility will create.