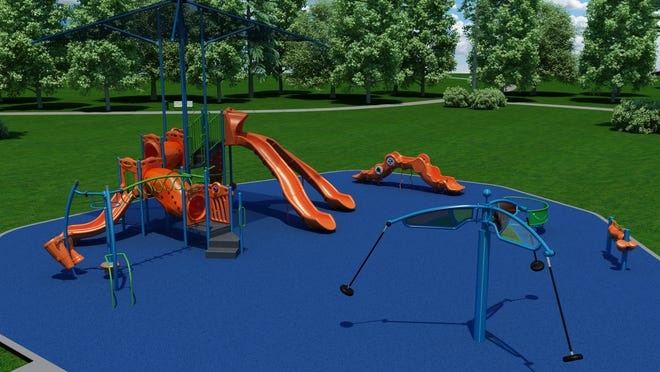 The Anna City Council approved a $151,000 expenditure to purchase new playground equipment for Johnson Park during its Nov. 10 meeting. It will replace the existing equipment that has become out-of-date. The city received a matching grant from GameTime to help fund the project.  This will be Anna’s first fully inclusive playground. The equipment will be ADA accessible. Among its features will be a padded rubber surface, a “whirl” which is like a wheel-chair accessible merry-go-round, and a tri-wing.

“Our philosophy is life is better when everybody can play together,” neighborhood services director Marc March and said.

Nader Jeri is not the city’s building official. Among his responsibilities will be reviewing construction plans and engineering calculations to ensure compliance.  He will also inspect construction projects and oversee building department operations and procedures.

Jeri comes to Anna from the city of Westworth Village.  He has 17 years of municipal experience and holds multiple Code Council certifications. He is also a Certified Public Manager.

Also introduced during the meeting was Jeff Freeth. He will serve as the city’s first recreation manager and be responsible for developing the city’s new recreation division. Among his priorities will be working on outdoor education, afterschool programs, fitness programs, community events and celebrations, and sports programs.

Freeth comes from the San Dimas, Calif. parks and recreation department.  He’s served as the president of the Southern California Municipal Athletic Federation- San Gabriel Valley and has been recognized for his service multiple times.

Assistant City Manager Ryan Henderson informed the council that Neighborhood Services Manager Ashley Stathatos will be leaving the city and the state.  Last week she was named the new city manager of High Springs, Fla. The city of around 6100 people is located about 22 miles northwest of Gainesville. Henderson and Councilman Nathan Bryan both praised Stathatos for service to the city in multiple capacities.