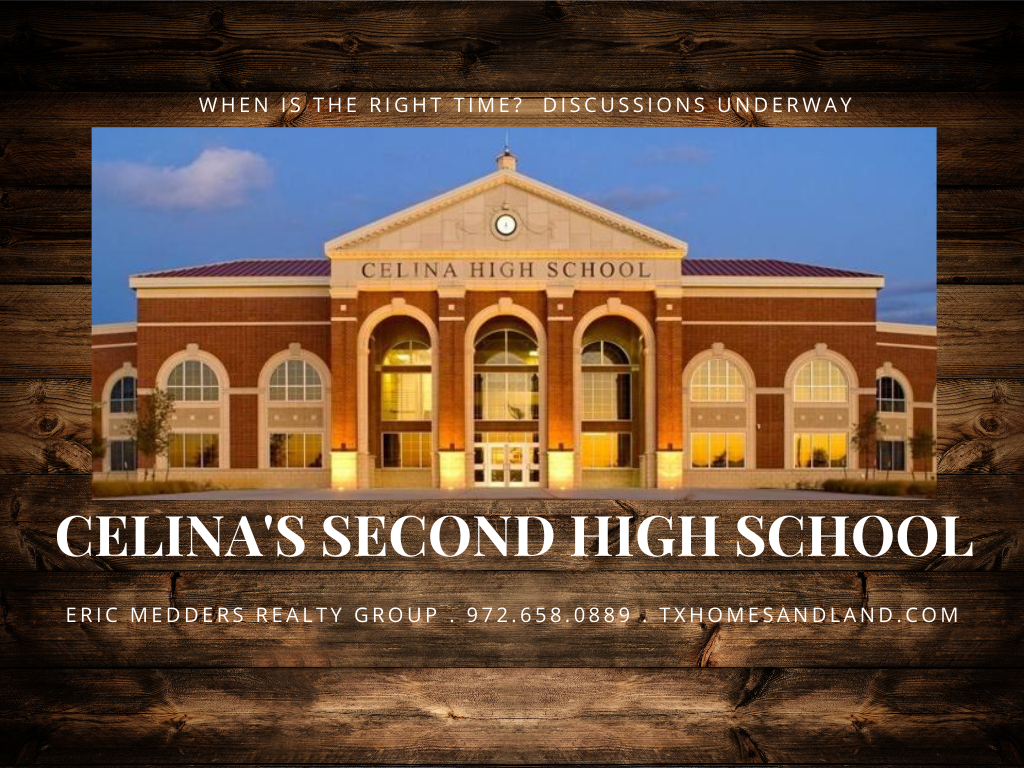 CELINA, TX - As Celina ISD prepares for an influx of student growth, it doesn’t plan on becoming a district like Frisco ISD.

It will likely end up with seven to eight mega-high schools containing over 3,000 students each, said Bill Hemby, Celina ISD’s assistant superintendent of operations, and the district will be more like the McKinney ISD model.

For a city painted in orange and white in support of the Celina High School Bobcats, Celina ISD’s second high school is a sore subject, and it doesn’t even exist yet. But its eventual existence is inevitable. Land has already been bought for a high school, and the district is bracing for an overall population influx

“So what you’re going to see is a significant increase in a short period of time,” Hemby said. “And that particular wave is not a prediction. That’s one of those deals, that’s the fact, Jack.”

Hemby oversees construction projects for the district, and his office on Colorado Street features maps of the Celina area. When he outlines the district’s 10-year plan, financed by a 2019 bond, he points out that of the many projects designed to prepare CISD for a population influx, none involve building a second high school.

Right now, the district is in the midst of building a replacement facility for its middle school, designed for sixth, seventh and eighth grades with a capacity of 1,500. The 10-year plan also outlines the costs and timelines for the district’s third, fourth, fifth and sixth elementary schools, each designed for a capacity of 750.

There are also plans for a second middle school set to be complete by 2027, and phased additions to the district’s current high school to allow for a total of 3,000 students by 2029. Celina High School currently has a capacity of 1,500, Hemby said.

While the district is poised for expansion, Hemby said planning for new facilities means waiting for the right time when it comes to population growth.

“You always want to think that you’re out in front of things, but it’s not ‘Field of Dreams,’” he said. “You don’t build it and then they come. They come, and then you build it.”

As for the second high school, Hemby said he guessed that by 2030, the facility’s inception would likely be “coming around the corner.” Construction would need to start at that point if Celina’s growth continues like projections indicate, he said.

In addition, soon after the second high school is completed, it will be likely that high schools will be built three or four years apart from there as the population gets more dense, he said.

Of course, high school two is still a tough subject. Hemby said as the population increases, the amount of what he calls “bricks,” or born-and-raised Celina residents, will dwindle while the amount of people who aren’t familiar with the area traditions will increase.

“Absolutely sad, in a way, especially if you are ingrained in this culture and you know what this culture is all about, it’s a very difficult process,” Hemby said.

However, that growth could also help ease the transition, he said.

“Because everybody will know that there will be a need for another high school, and at that particular time period, it can’t be helped.”

Update
This story has been updated to reflect that Bill Hemby, Celina ISD’s assistant superintendent of operations, said that the district will likely end up with seven to eight mega-high schools containing over 3,000 students each, and the district will be more like the McKinney ISD model.