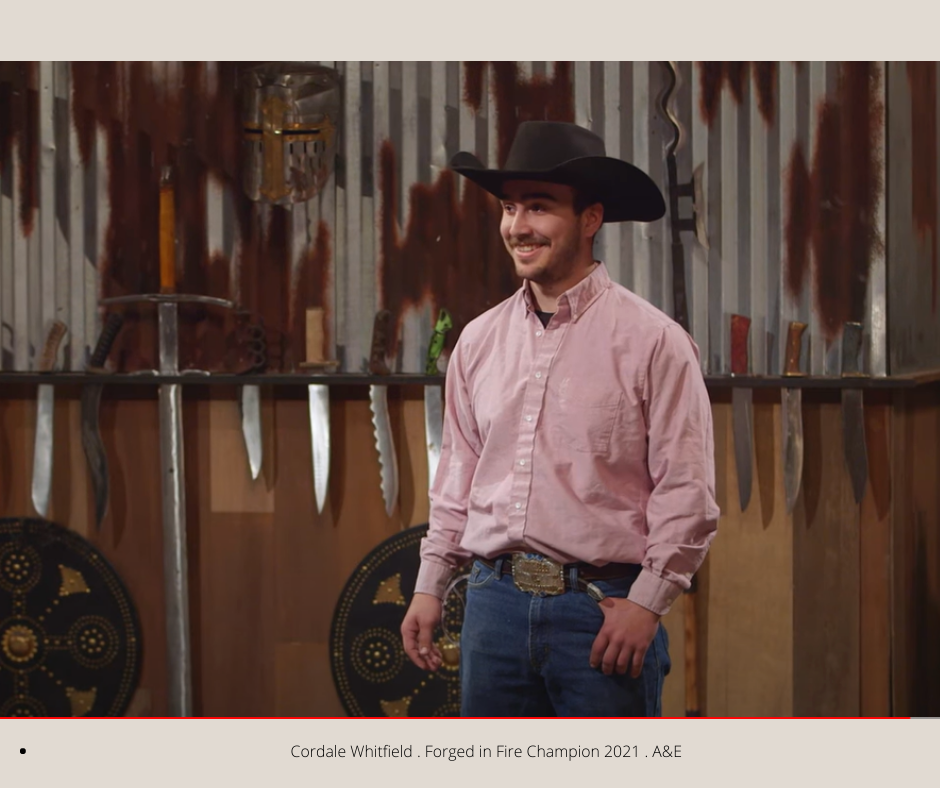 FANNIN COUNTY, TX -  Cordale Whitfield is from Telephone, TX and after finding his passion for making knives, he applied for A&E’s “Forged in Fire” show in May of 2020.

“I didn’t think I was going to win it, I was just up there to have fun and build a knife, I’m just glad I was able to carry it that far,” Whitfield said.

Not thinking much about making it on or even winning, he just wanted to try new things and enjoy his time.

“When I got that email saying that I made it on the show I was definitely excited,” Whitfield said.

The competition consists of three rounds of four contestants and each round is a surprise as to what they will be building.

Whitfield found his love for knife making just two years ago and partnered up with Travis Payne to create knives together.

Whitfield used Travis’ shed to build his final round knife in.

The show aired on June 16th, and Whitfield said since then he hasn’t stopped thanking people for their support.

Whitfield won $10,000 and his knives made it on the show’s wall of champions.