Five of the Greatest ZOOM for Mini Reunion 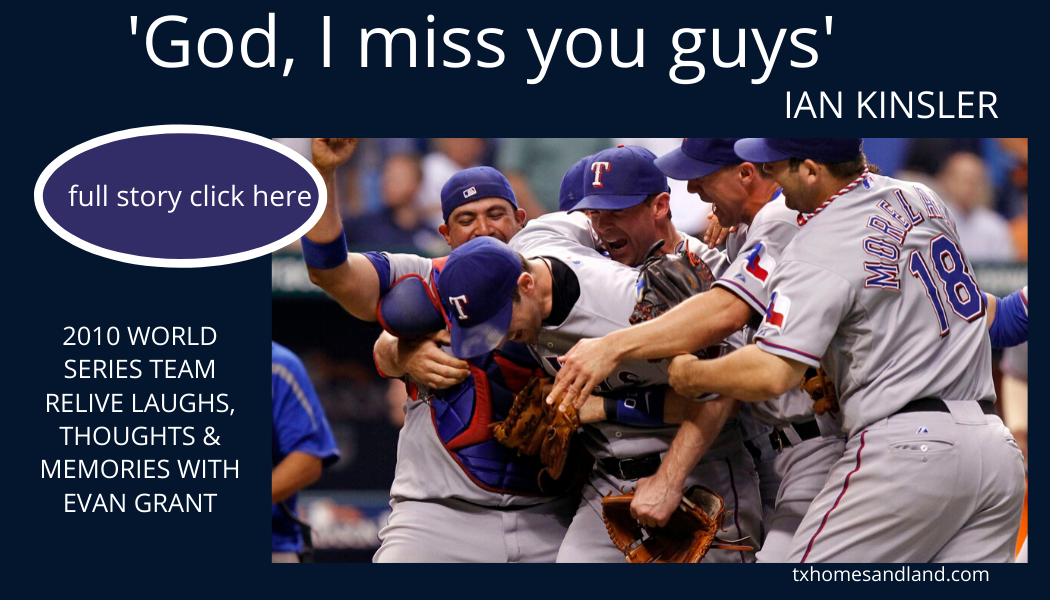 It’s why Joe Exotic has ended up as famous as Dr. Anthony Fauci.

It’s how we’ve come to know Zoom, the remote video-conferencing company that is currently hosting all your work-from-home staff meetings, your virtual visits with family across the country and even company happy hours. Because, like, how much time do you really want to spend with your family, when you discuss the latest impending disaster over a cold one with Jeff from accounting, who is wearing the same gray T-shirt he wore a week ago with the same Flamin’ Hot Cheeto stain?

The combination of too much time and the lure of Zoom is how I also came to host a virtual mini-reunion with five members of the 2010 Rangers on Wednesday afternoon.

The Rangers should right now be celebrating the 10-year anniversary of that team, the first in club history to reach the World Series. They, of course, are not. The 10th anniversary of the walk-off win that began that season comes Sunday when the Rangers were to host Tampa Bay to close out the first home stand at Globe Life Field. If Rangers executive vice president of communications and spin John Blake hadn’t trotted out some members of the 2010 team at the home opener, you can be sure he would be doing so on the field Sunday.

Maybe someday later this year that will happen.

For now, though, there is this: Too many Zoom meetings, too much bad news, too much time on my hands and the impending anniversary gave me a kooky idea this week. Maybe we could put together a virtual reunion on the available technology. Anybody interested?

“I would do that,” Derek Holland said.

But they all agreed and were all enthusiastic. And so Wednesday afternoon, one by one, black windows on my computer started to pop up and then pictures came into place: Young, David Murphy, Colby Lewis, Kinsler and, eventually, Holland, who had to finish up a conference call with his current team, the Pittsburgh Pirates.

“God, I miss you guys,” Kinsler said to the other four before we ever hit the record button.

For the next 30 minutes – when not interrupted by a correspondent who forgot to turn his phone off or Holland’s snoring dog – the group joyously rambled through a bunch of memorable topics of that magical season:

From the January acquisition of Rangers-killer Vladimir Guerrero, to Ron Washington’s spring training admission that he had used cocaine, to the walk-off win in the season opener.

From the reconfigured starting rotation that included Lewis, coming back from Japan, and C.J. Wilson, moving from the bullpen with the confidence of a No. 1 starter, to the surprising midseason addition of Cliff Lee.

From conquering the specter of the New York Yankees, once and for all, to feeling a little overconfident going into the World Series against San Francisco.

It was, in short, the most fun and memorable season in Rangers history.

Uh, that’s another story entirely. And not sure anybody has the wherewithal to go there at the moment. Or anytime soon.

Said Young: “It was the first year we really knew we were the team to beat. We kind of told ourselves that for a while. But Anaheim was really good. We thought if we played well, a couple of guys get hurt and maybe Vladdy gets both of his feet run over by a bus we had a really good chance to beat them. But in 2010, it was the first time we came into a season knowing that we just needed to go out and play.”

As Kinsler said, Guerrero did not get his feet run over by a bus. He instead ended up in the middle of the Rangers’ lineup teamed up with eventual MVP Josh Hamilton.

“He was Vladdy in the middle of our lineup doing Vladdy things,” Kinsler said. “To see him there, it was just kind of motivating for us all.”

It was that kind of talk. Lots of laughs. A couple of hiccups. Some frank thoughts. And a flood of good memories.

It’s the kind of thing that in a more normal environment probably never takes place.