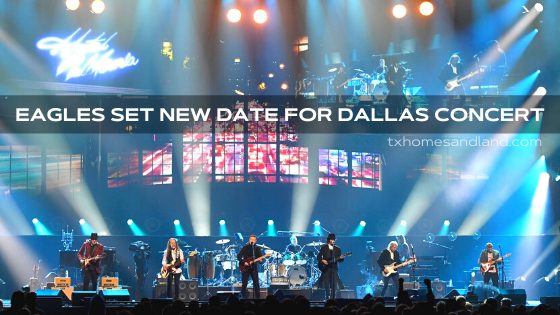 The Eagles have set Oct. 21 as the rescheduled date for their Dallas concert at American Airlines Center. The show, originally set for March 17, had been postponed due to the coronavirus pandemic. Fans can use their original tickets on the new date.

The concert marks the third Dallas stop on the band’s “Hotel California 2020” tour. Hometown Eagle Don Henley and his bandmates performed to capacity crowds at the AAC on Feb. 29 and March 1.

Other concerts at the 21,000-capacity arena remain in limbo. Sturgill Simpson has postponed his AAC show on Friday, but hasn’t yet set a new date. The Who’s April 27 show is officially still on, although it’s likely to be postponed. And there’s no word yet on upcoming AAC shows by Bon Jovi (June 25), Elton John (June 26-27) and Justin Bieber (June 28).