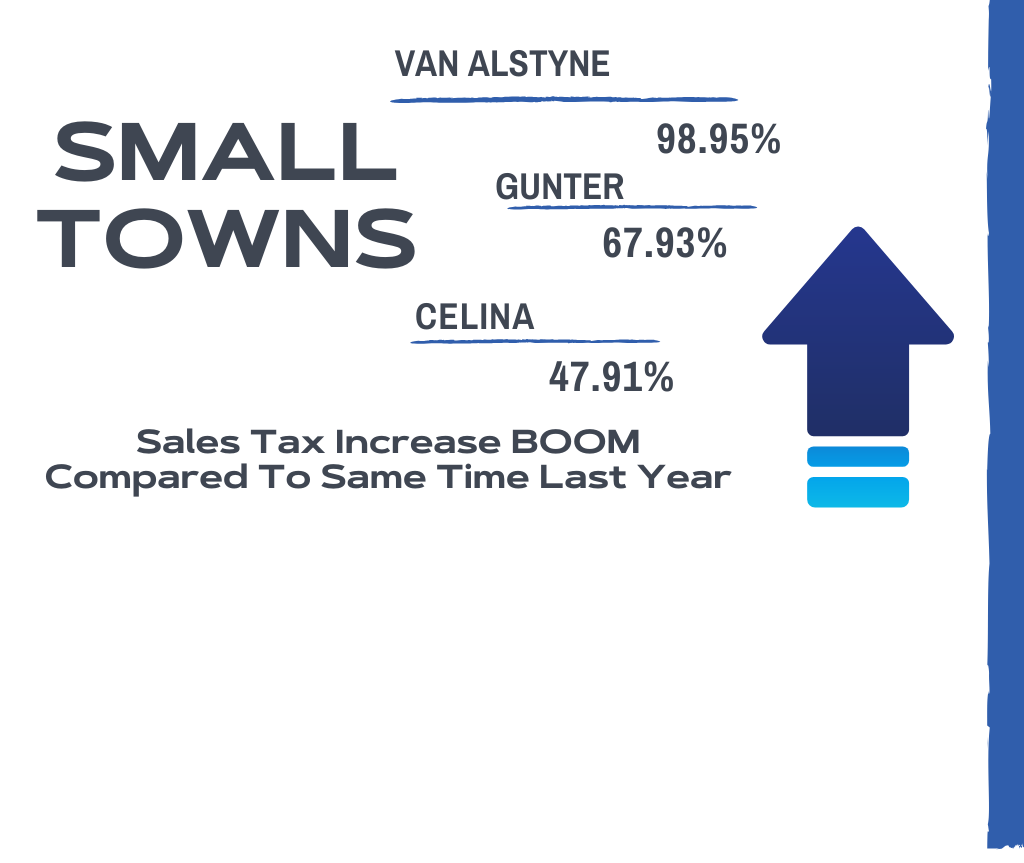 Texas Comptroller Glenn Hegar announced Wednesday he would be sending cities, counties, transit systems, and special purpose taxing districts $690.4 million in local sales tax allocations for June, 11.7 percent less than in June 2019. These allocations are based on sales made in April by businesses that report tax monthly.

Because of the COVID-19 pandemic, widespread social distancing requirements were in place across much of the state in April, leading to the steepest year-over-year decline in allocations since September 2009.  However, in North Texas, the small towns had record highs.  Van Alstyne showed the sharpest growth with a whopping 98.95 percent by hauling in $254,029 which is nearly $100,000 more than in any previous month in the city’s history.  Van Alstyne’s previous high was $158,937 which was in February of this year.

Howe’s Economic Development Director Monte Walker says the community members understood the necessity of shopping locally during that difficult time and it showed heavily.  Acknowledging the ease of skipping to nearby Sherman to make purchases, Howe proved to prospect businesses that they can support their own which goes a long way in the recruiting process for additional businesses such as a grocer which is the number one target Howe wants to provide for the citizens.

Each local town had its own “shop local” program which helped sparked the local spending.  Howe’s Chamber of Commerce displayed yard signs with #howeproud on top of the “V” which represented the victory light in downtown Howe.  The light, which is usually only lit for a varsity football win, was turned on for the entire month of May.

The Howe Enterprise also partnered with local businesses and purchased gift certificates to local restaurants and had egg hunts for the prizes.  The Enterprise also ran no-charge ads for a few businesses in the commercial district during the shutdown.

While the small towns saw heavy increases in local spending during the shutdown, the large city shopping hubs saw declines.  Sherman and Gainesville which are continually the heavy-hitters in sales tax receipts, each saw steep losses with Sherman down half a million from the previous month and nearly $300,000 from the same month a year ago.