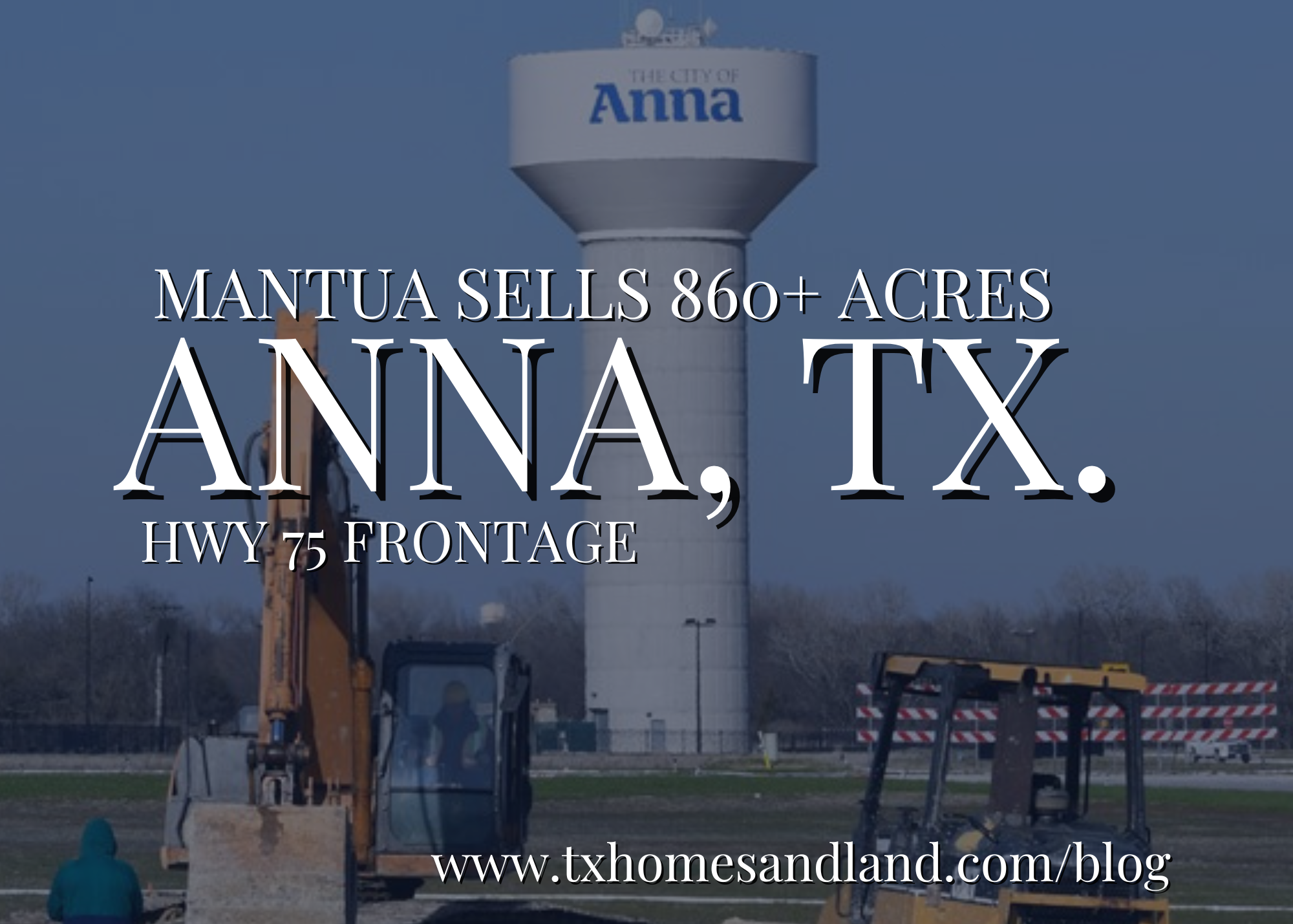 ANNA, TX - A huge land sale on the northern edge of Collin County is the latest major real estate play north of Dallas. An 861-acre tract on U.S. Highway 75 in Anna has sold for planned commercial and residential development.

The property, which is on both sides of U.S. Highway 75, is part of the 3,000-acre Mantua community that Risland has been developing the last few years.

“In the course of negotiations, the buyer expressed interest in additional commercial land, as well as the residential property surrounding Hurricane Creek Country Club in Anna,” Hanschen said. “After much consideration — and particularly given the sheer size of the Mantua project — it made sense to have more than one developer working on it.

Brown & Griffin closed the last of the property purchases on Wednesday.

“It’s a great tract,” said partner Teague Griffin. “It’s got a mile and half of frontage on both sides of 75.”

Preliminary plans for the project show sites for almost 1,200 single-family homes. There are more than 200 acres of commercial and mixed-use land along the highway.

“The city of Anna has been really good to work with,” Griffin said.

Founded in 2006, Brown & Griffin has focused on properties in Frisco, McKinney, Prosper, Celina and Gunter. The Collin County project will be the firm’s largest to date, Griffin said.

The developer’s new purchase is in an area seeing explosive growth.

Just to the north in Sherman, Texas Instruments and GlobiTech Inc. are investing billions of dollars in new semiconductor plants that will employ thousands of workers.

Risland has been building its Mantua project between Anna and Van Alstyne since 2019. Before the sale to Brown & Griffin, the community was planned to include 6,000 homes.

“At present, Mantua Point phase two has utilities going in and will bring an additional 324 lots online in early 2023,” Hanschen said. “Given the great results we have had in phase one, our outlook remains extremely bullish for this development corridor.

The first phase of Mantua had 223 home sites.