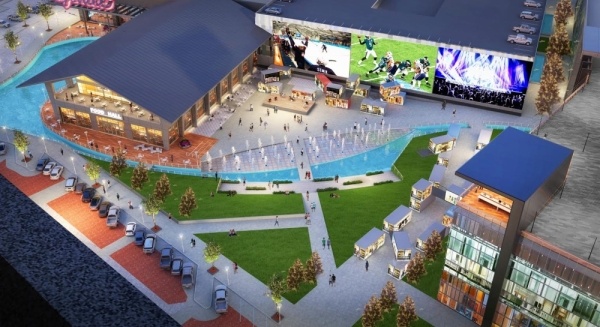 The Avenue will include an outdoor plaza that will serve as a central gathering space with a food hall, water features and a container park. (Courtesy Thakkar Developers)

A new 80-acre mixed-use development called The Avenue is coming to the corner of Alma Road and SH 121 in Allen, just across the tollway from McKinney’s Hub 121.

The Avenue will include an outdoor plaza, which will serve as a central gathering space with a food hall, water features and a container park, according to a press release from Thakkar Developers, The Avenue's developer.

Once complete, The Avenue will feature 1 million square feet of office space and 275,00 square feet of retail, restaurant and entertainment development. In addition, the community will include 65 single-family homes, about 1,600 urban residential units and three hotels.

It will be a unique community to live, work and play, according to Thakkar Developers CEO Poorvesh Thakkar.

“Through extensive collaboration with the city of Allen and our neighbors, we designed a project that will bring value to the entire Allen community,” Thakkar said in the release.

Zoning for the project was approved unanimously by Allen City Council during a Feb. 11 meeting.