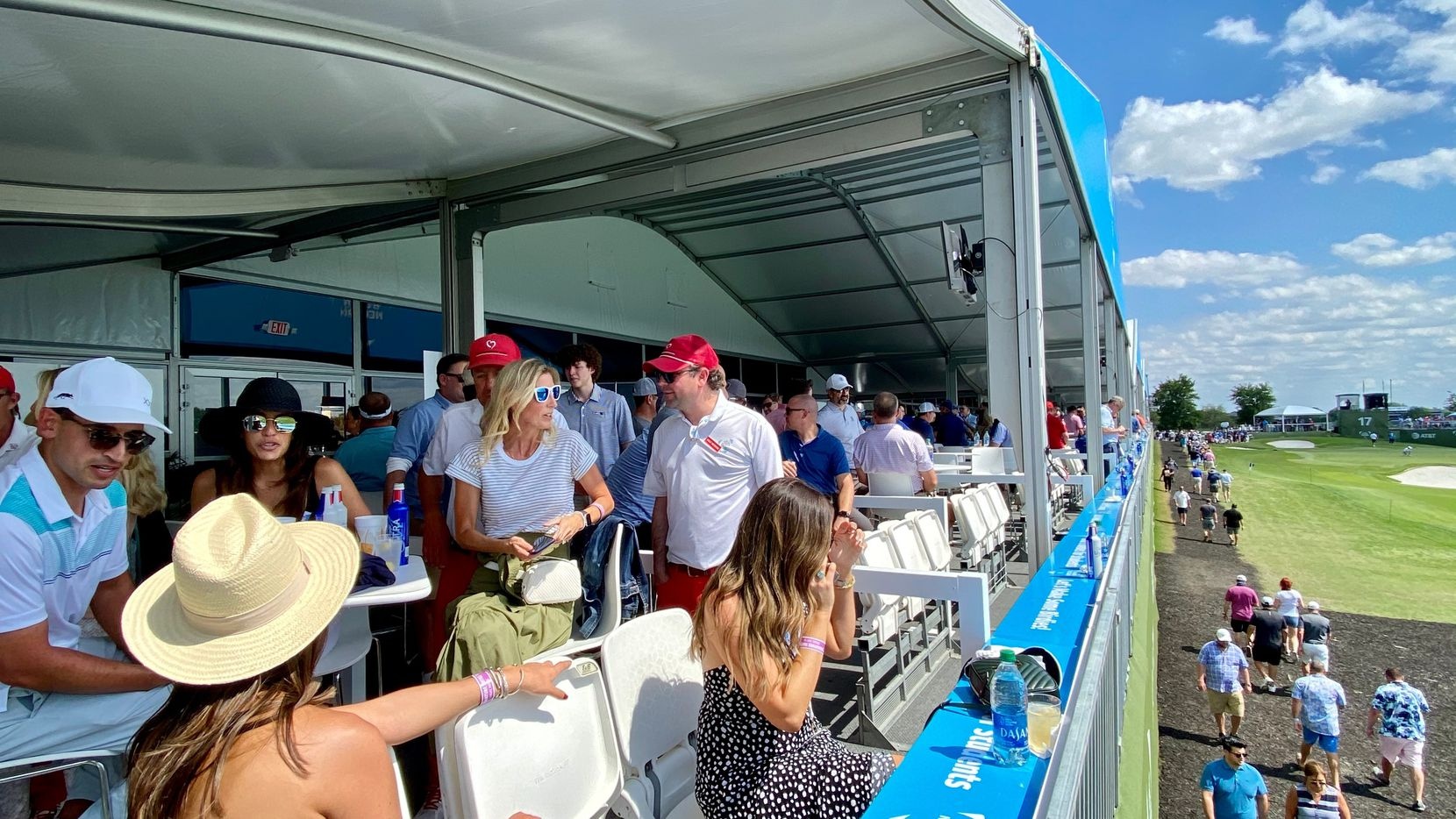 MCKINNEY, TX - Mike McKinley, president of the Salesmanship Club of Dallas, is practically giddy about how the AT&T Byron Nelson turned out.

The Nelson — which relocated to the TPC Craig Ranch in McKinney after two disastrous years at Trinity Forest in southern Dallas and a pandemic-canceled tournament in 2020 — earned enthusiastic high-fives from fans, players, the PGA Tour and the media.

Not even a deluge on the tournament’s final day could dampen the party atmosphere as thousands of fans enjoyed professional golf almost the way it used to be — maybe even better.

More important, McKinley says, the Salesmanship Club stopped the crippling revenue slide and expense hits it experienced at Trinity Forest, meaning that there will be more money for its sole beneficiary, Momentous Institute, which provides innovative education and therapeutic services for 5,500 children and family members each year.

It’s a gratifying reward for the 20-hour days that the 68-year-old founding partner of Shackelford, Bowen, McKinley & Norton LLP has spent for the past year trying to revive the stalwart golf tournament to its former days of glory.

“By last Thursday or Friday I was back to normal and my reentry had been completed,” McKinley said Tuesday.

Before this year’s tournament, the Salesmanship Club had raised more than $167 million for Momentous Institute by hosting 52 Nelsons, making it the most successful charity event on the PGA Tour.

“I’ll be surprised if we don’t net close to $5 million for Momentous,” McKinley said in his fourth-floor office near NorthPark Center. “We won’t really know until August after all of our expenses are paid and the course is restored to its pre-tournament condition. But that’s a pretty good ballpark number. And that’s huge.”

Fewer fans, more sales
The Nelson has four more years on its contract with Dallas-based ClubCorp, which bought the TPC Craig Ranch in early 2019 from its eponymous developer, David Craig.

A $5 million bounty would be nearly twice what the weather-plagued, mud-swamped Nelson raised for Momentous Institute its last year at Trinity Forest. And it would move significantly closer to the $6.5 million record set in 2017, the Byron Nelson’s last year at the TPC Four Seasons Resort Dallas at Las Colinas, its home for 35 years.

“The first day, Thursday, we sold more merchandise than any single day during the past 10 tournaments,” McKinley said. “Under Armour had to keep replenishing merchandise.”

“We couldn’t order more and get them in time,” she said. “It’s definitely on our list for next year.”

Almost all of the fans attending this year’s Nelson were there courtesy of corporate sponsors, who paid between $30,000 for a shared creekside skybox for the week to $127,500 for a private Nelson Suite overlooking the 18th green.

The corporate sponsor venues and public watching areas intimately lined the tournament play. Socializing — often with adult beverages and catered food — was as much a part of the action as watching the players.

But fans were attentive enough to add the gallery response that the pros longed for.

Axxess Technology Solutions founder and CEO John Olajide, a corporate sponsor for the past six Byron Nelsons, was blown away with his company’s Nelson Suite, where he entertained current and potential customers from around the country.

“The Salesmanship Club did an incredible job presenting an outstanding tournament in the most unique time for a large-scale event in recent history,” said Olajide, immediate past chairman of the Dallas Regional Chamber.

There wasn’t a central public pavilion, but Choctaw Casino & Resorts set up a huge pop-up gaming hall where the good times and dice rolled in the hopes of drawing North Texans to Durant, Okla. Due to a confidentiality agreement, the Salesmanship Club can’t disclose what Choctaw paid for its prime spot overlooking the 16th green.

The club put up about 80% of the structures needed to host a full-fledged Nelson. It’s in the process of assessing how to add to that next year.

McKinley says he’s confident that next year the tournament will draw 50,000 to 60,000 on Thursday and Friday and possibly back up to 100,000 on Saturday and Sunday.

“Having a limited number of people gave us the opportunity to have a soft opening,” McKinley said. “We learned a lot. Now we know where to anticipate issues with crowd movement and galleries.”

The PGA Tour, which ultimately decides when and where the Nelson will be played, pulled the plug on Trinity Forest after the second debacle there, sending the Salesmanship Club into search mode.

It considered going back to the Four Seasons in Irving. But the resort wanted more money than was feasible for the nonprofit. Even more problematic was that its major parking lot had been sold for development.

So McKinley asked his longtime buddy, Brian Loughmiller, the former mayor of McKinney, to arrange a meeting to discuss moving the Nelson to the TPC Craig Ranch.

On March 4, 2020, McKinley, club tournament director Jon Drago and operations director Brad Howland drove to Craig Ranch in a torrential downpour for an early morning gathering and were greeted by a who’s who of McKinney and Collin County government, executives, bankers and first responders.

“We left feeling, ‘This is where we need to be,’” McKinley said.

It took the club less than a month to complete its due diligence and pass along its findings to title sponsor AT&T and the PGA Tour.

Among the key attractions: ample free parking, dozens of nearby hotels, easy highway access and folks who really, really wanted them.