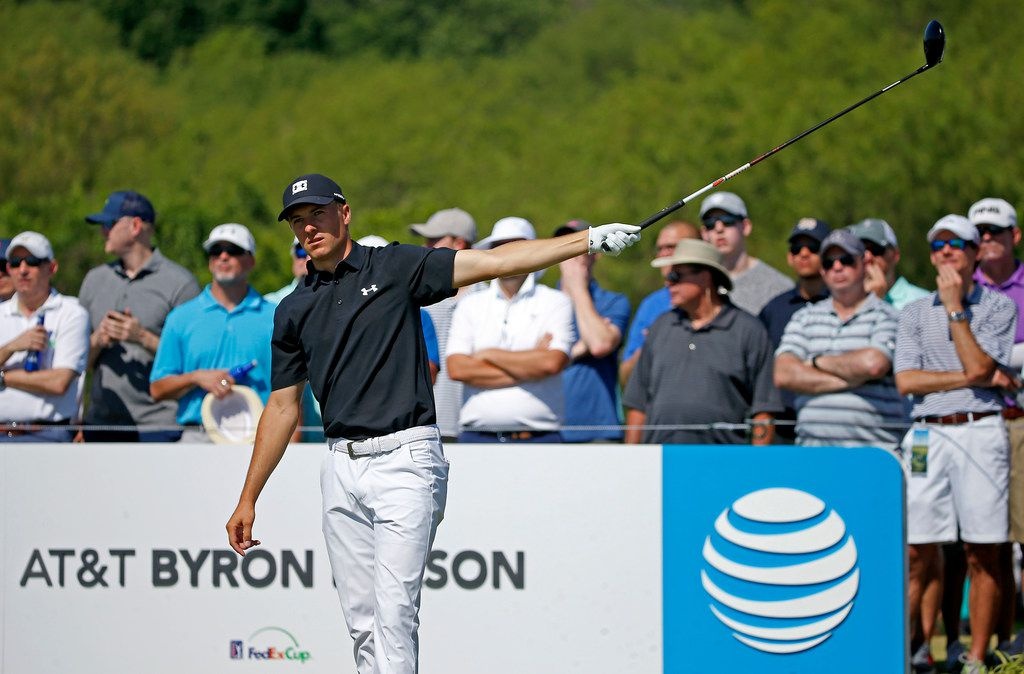 Sources: AT&T Byron Nelson to be moved to McKinney’s TPC Craig Ranch for 5 years beginning in 2021
This will mark the first time for the tournament to be played outside of Dallas County.

[photo Jordan Spieth reacts after hitting a tee shot on the first hole during the second round of the AT&T Byron Nelson at Trinity Forest Golf Club in Dallas on Friday, May 18, 2018. (Jae S. Lee/The Dallas Morning News via AP)(Jae S. Lee / AP) ]

The Salesmanship Club and PGA Tour on Tuesday reached a verbal agreement with McKinney’s TPC Craig Ranch to host the AT&T Byron Nelson tournament there for the next five years, beginning in 2021.

When finalized, the move to TPC Craig Ranch will begin a new era for the Nelson, which has roots tracing to the 1944 Texas Victory Open at Lakewood Country Club. This will mark the first time for the tournament to be played outside of Dallas County.

The Salesmanship Club released this statement early Tuesday afternoon: “The PGA Tour and the AT&T Byron Nelson continue to finalize the tournament’s future location. We expect the PGA TOUR will make an announcement soon.”

Salesmanship Club officials have been searching for a new home for the tournament since January’s announcement that the 2020 Nelson would be the last one played at Trinity Forest Golf Club in Dallas. However, that tournament, which was scheduled for May 7-10, was one of eight PGA Tour events to be cancelled due to the coronavirus pandemic.

According to sources, Irving’s TPC Four Seasons, which hosted the Nelson from 1983 to 2017, also was in the bidding to host the Nelson starting in 2021.

The Tom Weiskopf-designed TPC Craig Ranch opened in 2004 and has hosted numerous amateur tournaments, as well as the 2008 Nationwide Tour Championship.