Melissa Emerges Among Richest in Texas 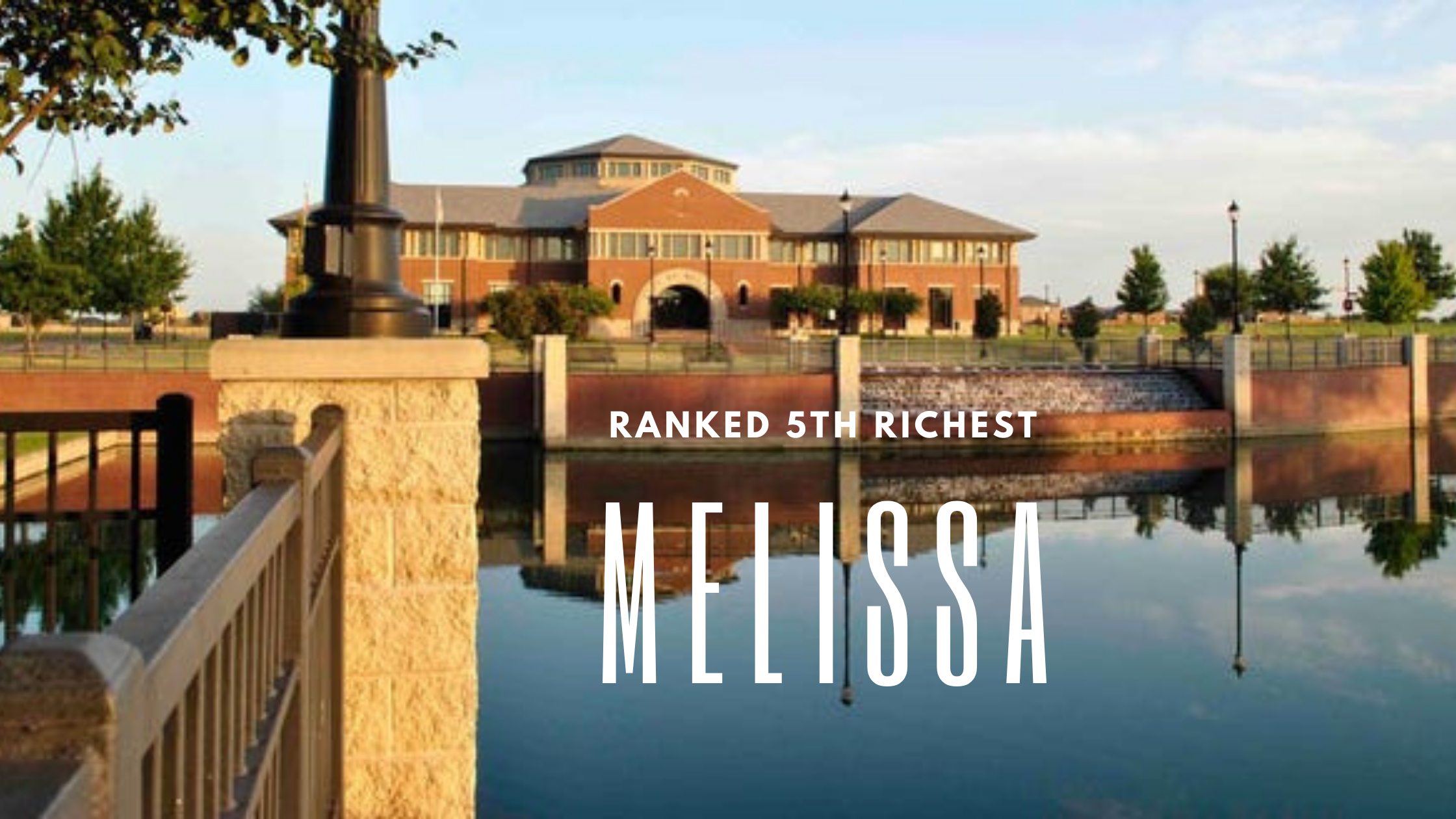 A new list released by the internet research site HomeSnacks ranked Melissa the fifth-richest city in North Texas, trailing only Highland Park, Celina, Southlake and Prosper. The rankings were based on an analysis of the 353 largest cities in Texas. Factors considered included poverty rate, median household income and unemployment.  All cities evaluated had at least 5,000 residents.

“We are, of course, pleased to be recognized as an emerging community in the DFW area.  We have always focused on building Melissa into the kind of community that provides a quality of life that people seek,” city manager Jason Little said.  “At the same time, the fact that we are a diverse and caring community is something we also celebrate and will continue to nurture. Partnering with the Melissa ISD and other local organizations, we endeavor to take care of our own so that we all benefit.

According to demographic information complied by HomeSnacks, the median income in Melissa is $118,348. As of Dec. 30, unemployment stood at 2.2 percent and the poverty rate was 1.1 percent.

The San Antonio suburb of Terrell Hills was the wealthiest city in the state.  It was followed by Highland Park, Celina and then the Houston enclave of Bellaire. Southlake came in fifth followed by West University Place, a city of nearly 15,000 people near Rice University that is completely surrounded by Houston. Prosper ranked seventh followed by Fair Oaks Ranch just north of San Antonio.  Melissa came in ninth followed by another San Antonio enclave, Alamo Heights.

Of course, these rankings are subjective at best. In October, Business insider ranked Austin the best place to live in the United States. US News & World Report ranked it the country’s third-best place to live. However, according to HomeSnacks, Austin is only the 100th best place in the state.