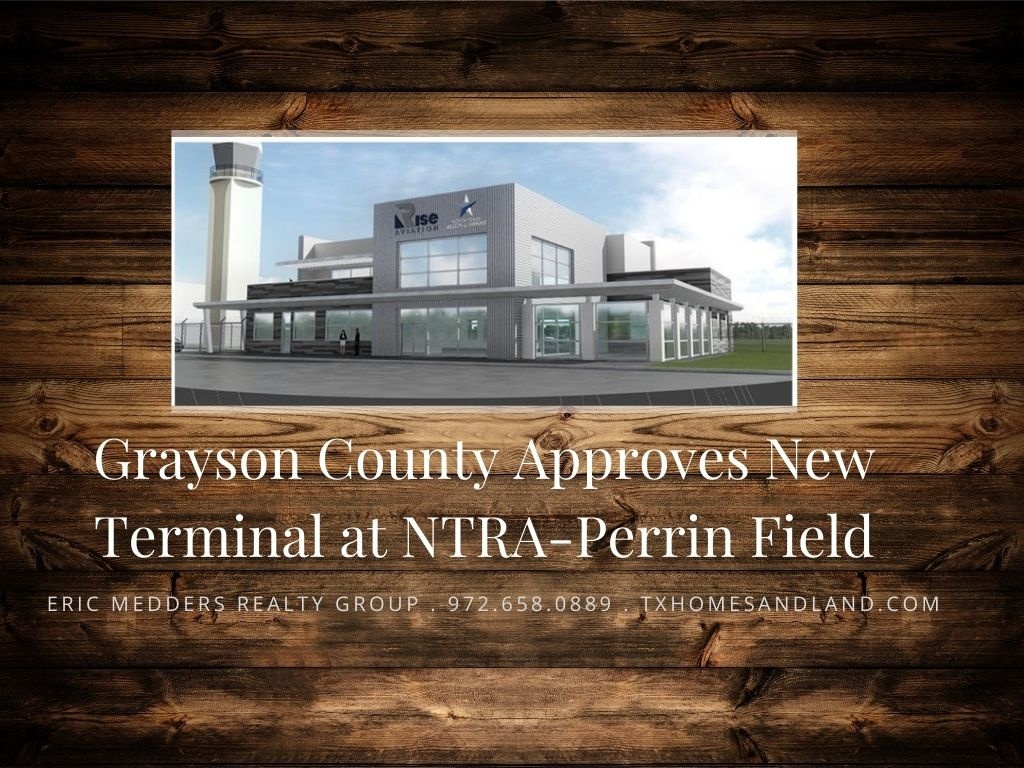 The new terminal, Judge Bill Magers said, will cost $3.2 million to build but won't be charged to local taxpayers.

Magers said the project, which must still be approved by the RMA, "is one more step in our vision to upgrade NTRA in a fiscally responsible manner."

The move follows the county's work, two years ago, to get the NTRA -Perrin Field into the Federal Control Tower Program which let the county tax payers off the hook for the $300K in airport related expenses every year.

"NTRA has been operating in the black since that time – no tax subsidies," Magers said in written notes on his talk to commissioners.

After a brief executive session, the court came back into regular session and said they didn't have an official action to take since it is actually up to the RMA to approve the contract with Piazza Construction of Denison.

Magers said Rise Aviation has already secured financing for the project and using a local construction company means that tax payers will not only get to skip paying for the new terminal, but local people will get paid to build it. He said building plans for the new terminal have been completed, reviewed and approved.

Additionally, he thanked Grayson County Commissioner Bart Lawrence, Precinct 4, who said he has been working on the project for a number of years.

Magers said the new terminal is just a continuation of many things going on at the airport including the expansion of ground space through the demolition of antiquated infrastructure. The project, he said, is expected to increase business at the county's airport.

No word was given on when the contract will be before the RMA.