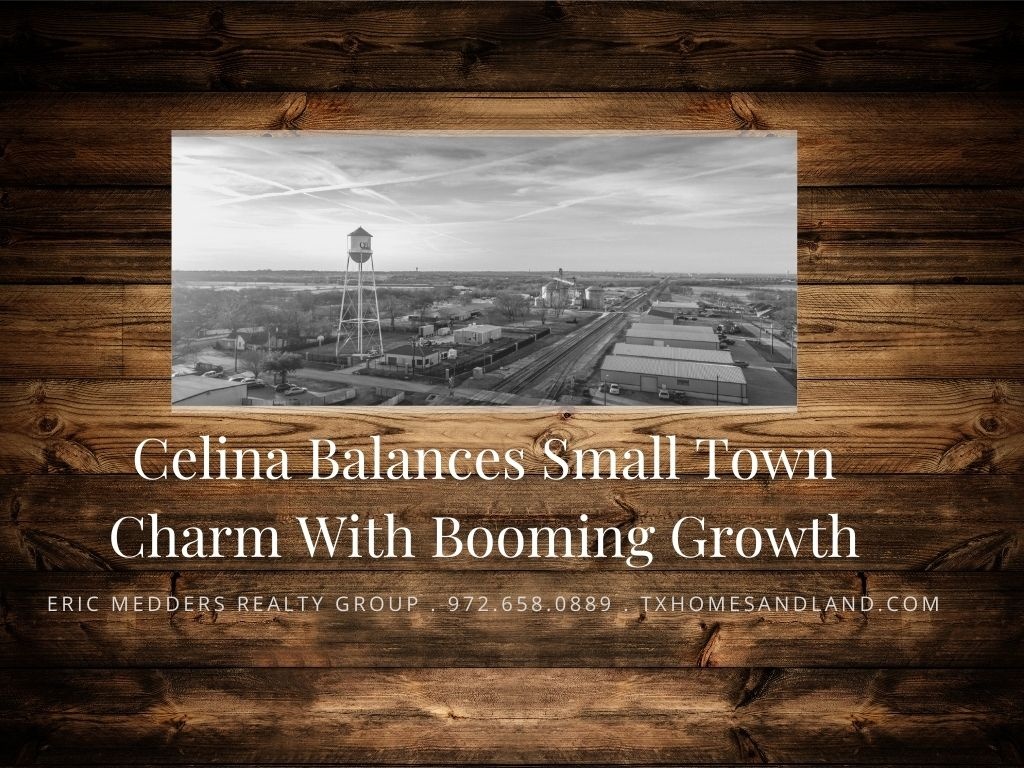 As Celina looks ahead to an influx of growth, the downtown area will likely be the crown jewel of the city’s small-town charm.

“What makes Celina special and unique, it’s resoundingly what everybody talks about, is that sense of community, that small-town feel,” said Alexis Jackson, Celina’s Economic Development Corporation director. “I believe the downtown’s always going to have that.”

For the past couple of years, Jackson said, the focus for business development has been on the downtown area. That includes offering incentives for small businesses, a point of passion for Jackson.

“They contribute to the fabric of who Celina is, and it’s why we encourage and incentivize them from a financial standpoint as much as possible,” she said.

That will probably continue, Jackson said, even as the city looks ahead to being one of the largest in Collin County. With projected growth becoming more of a reality—Dallas Business Journal listed the city at the top of its fastest-growing cities list in November—that small-town feel eventually won’t extend to other areas of the city.

“We’re not going to maintain our small-town charm off the tollway or Preston because it’s just the nature of those giant thoroughfares that’s going to look very similar to what the tollway looks like to the south,” Jackson said, “that’s just development.”

However, the trajectory of Celina’s business growth has begun to emerge. The city’s most recent annual report showed 22 new commercial businesses established in 2020 compared to the 17 in 2019 and 10 in 2018. That recent figure mainly has to do with timing, Jackson said.

“We’re right at that precipice of ‘This is where people want to be,’” she said.

Added to that is the fact that neighboring Prosper has a specific vision of what type of commercial development it will allow in its more limited space, she said.

“No matter what, the Walmarts and the Chick-fil-A’s and the Starbucks, they’re coming, because it’s just the path of growth,” she said. “But what gets us out of bed, what gets me out of bed and excited about my job and passionate about Celina is the smaller folks, quite frankly, because they are very, very, very invested.”

Not just from a financial standpoint, she added, but from a community standpoint as well.

“I don’t have to sell a lot of people on Celina, and I love that, because you either get it immediately when you get out of your car and you hear the country music playing, or you don’t,” she said.