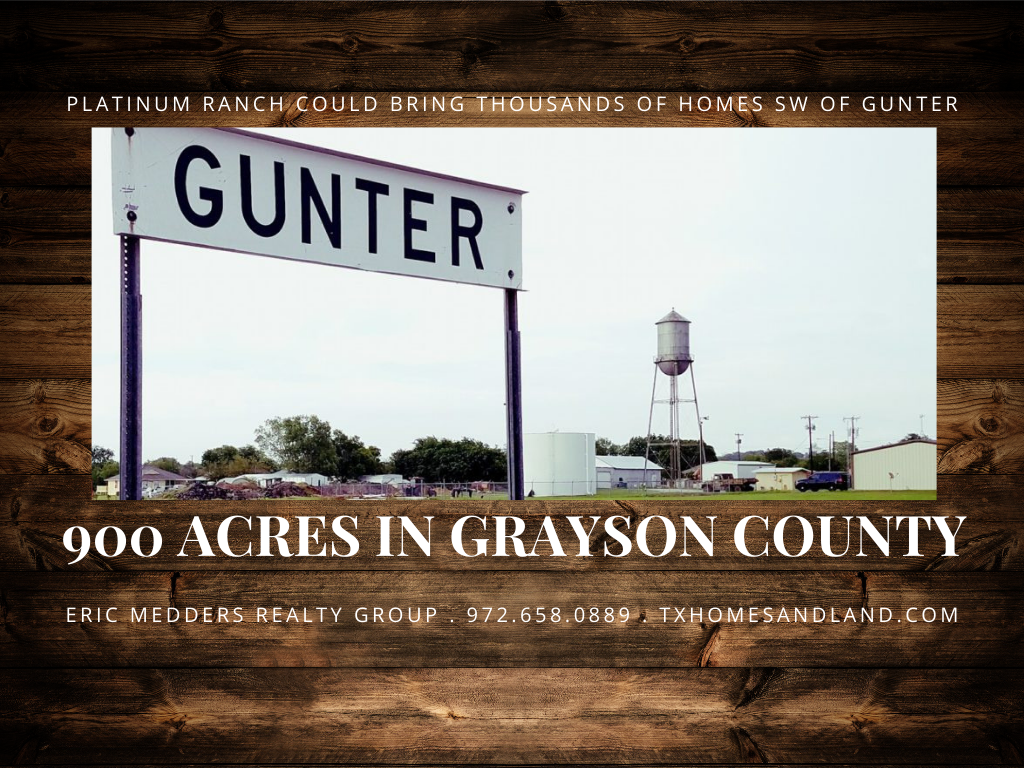 Thousands of homes planned for land along tollway expansion

A 900-acre tract in Grayson County just changed hands for a future project that would add thousands of homes.

A partnership led by Sanjay Singhania and Tanmai Development acquired the property called Platinum Ranch southwest of the town of Gunter.

The property, which is west of Preston Road, has a mile of frontage on the route of the Dallas North Tollway, which is being extended north of U.S. Highway 380.

“The investor and development activity has seen a dramatic increase north into Grayson County,” said Rex Glendenning of Rex Real Estate, which brokered the sale. “We have talked about this tollway extension for over 20 years, and I have worked in assisting in procuring the right of way for over two decades.

“It was gratifying to see this toll road finally come to fruition.”

Construction is currently underway on service roads for the tollway, which will extend north of U.S. 380 to Celina and eventually Gunter.

It’s the second large property purchase in recent weeks along the route of the tollway expansion.

The land will be used for a development called the Villages of Uptown with sites for 2,500 single-family homes.